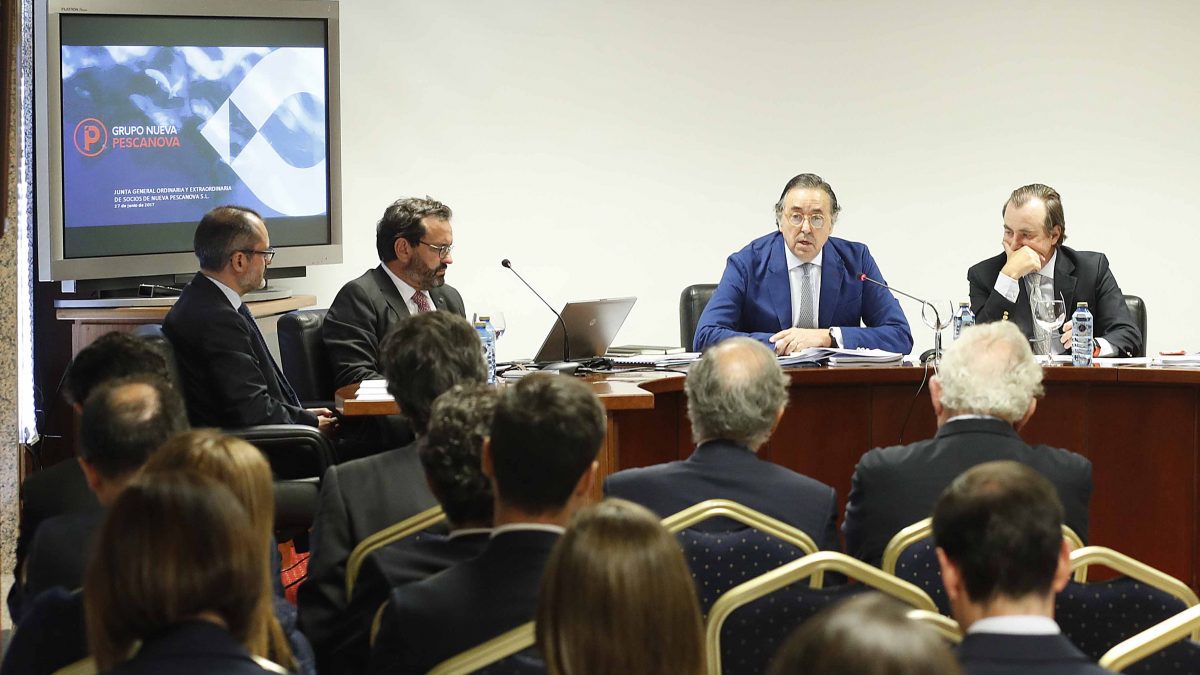 Vigo, 27 June 2017.- The General Meeting of the Partners of Nueva Pescanova SL, held today in Chapela (Redondela), has ratified the accounts of the company for the year ended December 31, 2016, which showed a gross operating profit (Ebitda) of 68 million euros, almost double than the previous year; consolidated turnover reached 1,060 million euros, which represents a 5.2% year on year increase.

Among the main factors that explain the positive evolution of the Nueva Pescanova Group it stands out the preparation and release, in 2016, of a Strategic Plan until 2020 which sets, among other challenges, to fourfold EBITDA (from 35 million in 2015 to 139 million euros) in four years; a new commercial ambition focusing efforts in the so-called Big 5 (Spain, Portugal, France, Italy and the US); cost optimization; the management of organizational processes and bringing together all subsidiaries under a single vertical organization.

In addition, with the capitalization of the company we achieved a 35% reduction of our restructured debt in 2017 – which is equivalent to 344 million euros in nominal terms and 138 million euros at amortized cost- and maintain a strong equity position. The share capital of the Company after the capital increase amounts to 144 million euros. In words of the Chairman of the Nueva Pescanova Group, Jacobo González-Robatto, “we have solved the difficult financial situation of the company and we are already in the long-awaited ‘normality'”.

Another issue approved this morning by the General Meeting of the Partners of Nueva Pescanova was the removal from the Board of Nueva Pescanova, SL of Pescanova S.A. and Gestión de Participaciones Ria de Vigo S.L., having their stake in Nueva Pescanova S.L. moved from 20% to 1.65% after the capital increase approved last 19 April 2017, which was undertaken to strengthen the equity position and to secure the future of the company.

The General Meeting of the Partners has also approved to separate the functions of External Auditor and External Tax Advisor. In this way, the company retains Ernst & Young as a Tax Advisor of the company, while from now on the External Audit will be undertaken by KPMG.