The Nueva Pescanova Group renews its fleet with the incorporation of seven vessels to be built, in Galicia, between 2018 and 2020 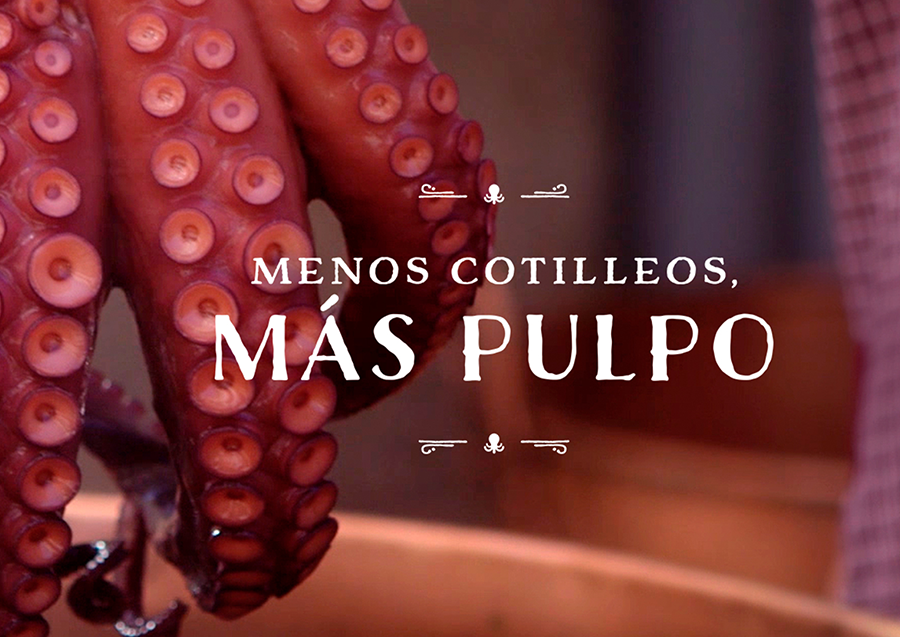 Vigo, November 16th, 2017.- Nueva Pescanova Group receives one more award because of their innovation and creativity due to one of its latest innovations campaign: octopus cooked in its own juice. The Luxury Advertising Awards Organization has rewarded its digital campaign “Less gossip, more octopus” within the category of Best Communication Campaign 2.0 Premium in the V Festival of Luxury Advertising and Premium Brands.

This award values the advertising that manages to transmit company’s philosophy in an effective way and helps to approach clients and social referents.

#MenosCotilleoMásPulpo or #LessGossipMoreOctopus is a concept part of the “Something is cooked in Carballiño” campaign developed by the agency Lola MullenLowe. This campaign presents the octopus cooked in its juice, the latest novelty of Pescanova. With this launching, the company extends its range of refrigerated products focused on pleasure and convenience. Octopus is a traditional but difficult to cook seafood from Galicia, a region in the North of Spain. Pescanova objective is bringing it to the consumer´s table in an easy and quick way to prepare.

The digital marketing agency Roi Scroll was responsible for conceptualizing the content strategy and social buzz in digital ecosystems of the award-winning campaign. The social networks of Pescanova try to silence gossip that circulated through towns, cities, television, press and social networks themselves with humor through the traditional figure of the pulpeira (women specialized in cooking the octopus). This character embodies more than 100 years of tradition and seriousness that comes with the art of achieving perfect octopus cooking. This campaign reflected the good work and the importance of a quality product, the Pescanova octopus, cooked in the origin of the pulpeira tradition, the town of Carballiño, Galicia, where the best octopus has been prepared and sold through generations.

With this 100% digital campaign, Pescanova obtained more than 4 million views of the 3 campaign spots. The core of the social media strategy was Twitter, that acted as the main driving force. The success was such that the hashtag #MenosCotilleoMásPulpo became an organic trending topic for 3 and a half hours on the day of the launch and, in total, the campaign collected 24 million impacts on this social network.

Likewise, some Spanish celebrities talked with the brand during those days, relying on the pulpeira brand figure to send silence. Pescanova even sent “boxes of digital octopus” to call for calm and peace among the celebrities who aired their disagreements during those days on social networks.

The award will be presented at the Luxury Advertising Awards gala on December 15th at 7:00 pm, at the Congress Palace of Marbella.

Nueva Pescanova Group stands out for its positioning as a company committed to new technologies and channels to develop its marketing and communication strategies, in line with its offer of innovative products for consumers seeking quality, variety and convenient formats.