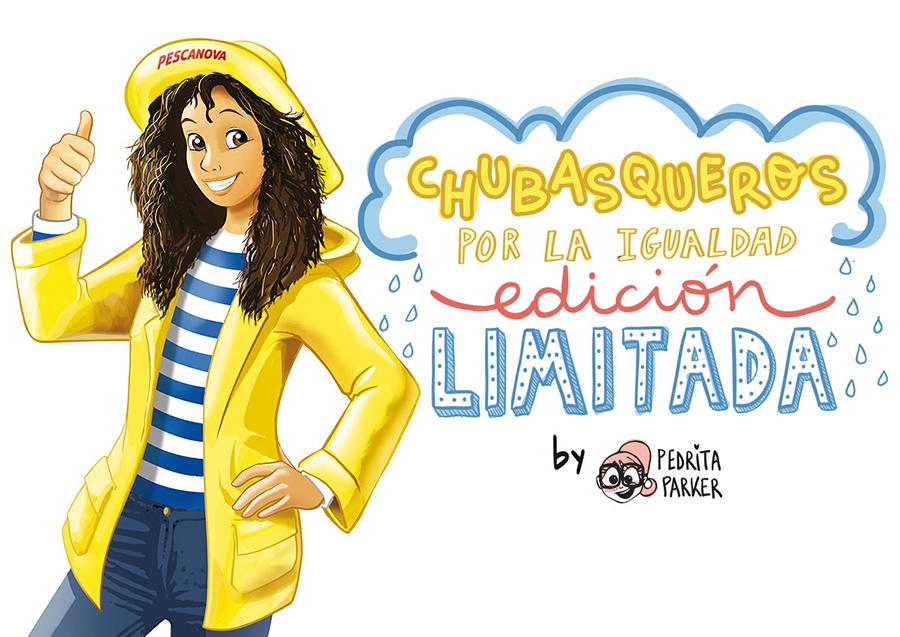 Vigo, 22 March 2018.- Pescanova, a leading brand in the seafood sector, wants to continue advocating for social values such as equality, among others, with a special focus on new generations through the trademarks that will attract younger customers: the yellow raincoat and the new Cabin Girl.

For that purpose, Pescanova has launched a contest on its Facebook, Twitter and Instagram accounts with the aim of encouraging children and their families to get their messages of equality across to the world. This way, Pescanova responds to the necessity of having a Cabin Girl as well as a Cabin Boy (the actual brand mascot), so that girls, who make up half the child population, have a mascot they can identify with.

Contest rules
Once all the messages have been collected (30th of March), Pescanova will select the five of them that best represent the definition of equality from the eyes of a child. With said messages, well-known illustrator Pedrita Parker will design a limited edition of the iconic yellow raincoat that will be sent to the finalists.

The full thread about this initiative can be followed through the hashtag #ChubasquerosPorLaIgualdad (raincoats for equality).

With this campaign, Pescanova would like for adult consumers to “help us collect the messages of equality that kids wish to convey in their households, even tell us if they would like us to include a cabin girl in our communication media, like the Pescanova packaging, with designs that include both genders: cabin boy and cabin girl, but most of all we want them to feel involved in an initiative by which we want to advocate for gender equality” said Iker Asolo Dominguez, product manager of the Nueva Pescanova Group.

Pescanova’s commitment to teaching values
With this initiative, Pescanova launches a long-term strategy aimed at teaching the little ones values like equality and respect for others and for nature, along with the care for the environment, the love for the sea and the benefits of a healthy diet, among others.

In addition, this initiative to promote equality is in line with its latest Christmas campaign which focused on gender inequality. In that case, the commercial featured the “queens” of the house, 15 women of different ages, ethnicities, backgrounds, personal conditions and sexual orientation, who delivered their “Royal Message”: some of their opinions on the problems that women nowadays have to deal with, their concerns about the current social situation and the prospects of future for Spanish women.