Vigo, 27 May 2016.- The Galician brand Pescanova has improved its position in terms of market penetration as well as brand preference, according to the latest issue of the Spain “Brand Footprint” ranking, carried out by Kantar Worldpanel, the largest study on leading consumer brands based on actual purchases. The Galician company has become the sixth bestselling brand in terms of penetration in Spanish households with a 61.3% in purchase penetration compared to the 60.7% of the previous year, when it ranked seventh. 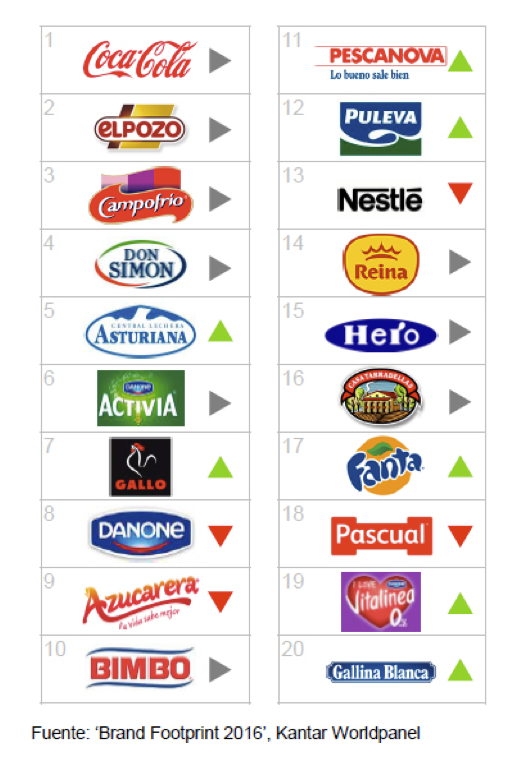 In addition, according to this ranking, Pescanova continues to be one of the most loved brands by consumers, as shown by its eleventh position among the most chosen brands by Spaniards, also improving its position with respect to the previous year. Divided into sectors, Pescanova remains in the top ten as the eight most chosen food brand.

The results of the Spain Brand Footprint 2016 ranking, which analyzes 700 brands based on household purchases between November 2014 and October 2015, show that 2015 was a good year for Spanish brands as 27 brands from our country are listed among the 50 first brands of the global ranking. According to Jorge Folch, managing director of Kantar Worldpanel in Spain, “even though 48% of the brands have increased their sales value, local products have grown twice as much as global brands”. In fact, national brands increased their value by 2.3% in 2015, compared to the 0.8% decrease of global brands.