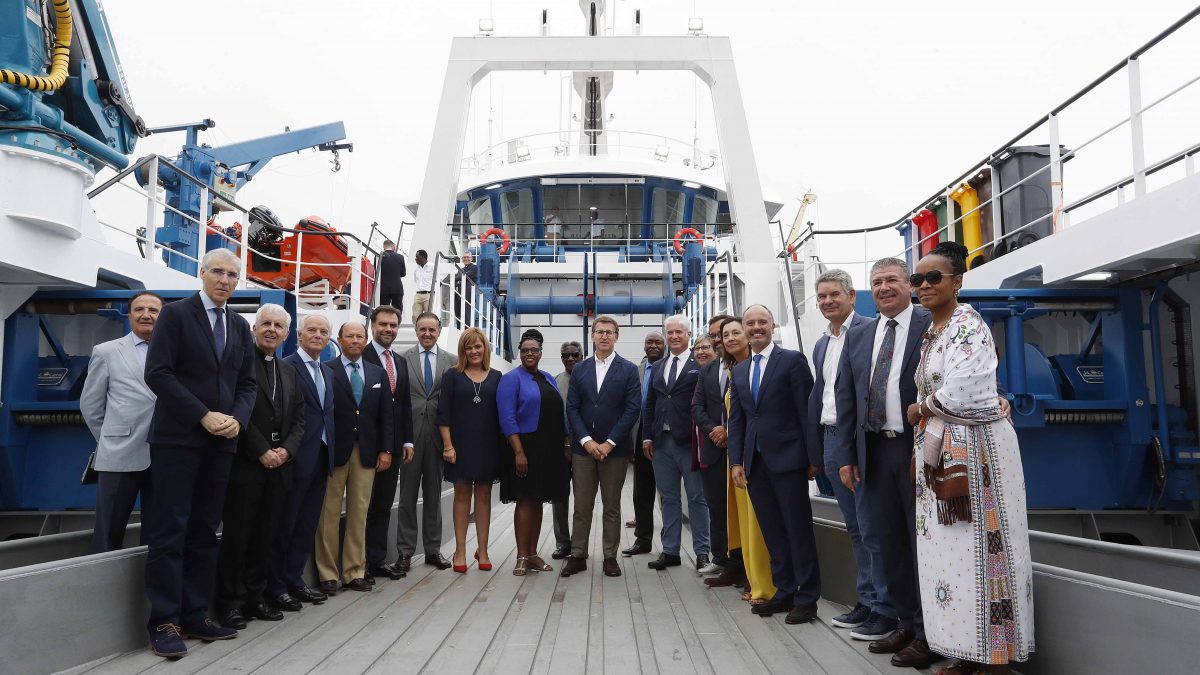 Vigo (Spain), July 23, 2019. The Nueva Pescanova Group has celebrated the ceremony of delivery and christening of the vessel Lalandii 1, built by Armon Shipyard, at its headquarters in Vigo (Spain). Today is an extraordinary landmark in the history of the Group: the completion of the construction of the first of the seven vessels planned to renew its fleet in Namibia and Mozambique, a project for which the company had earmarked an investment of 42.5 million euros and is generating some 200 jobs in Galicia.

Lalandii 1 is the first of the three 50-meter-long wetfish trawlers that the company is building for hake processing and which will operate for its Novanam and Lalandii subsidiaries in Namibia. Other four 32-meter freezer trawlers for shrimp fishing will operate for Pescamar the Group’s subsidiary in Mozambique.

The event was attended by authorities such as Alberto Núñez Feijóo, President of the Xunta de Galicia (Regional Government of Galicia); Hilaria Mukapuli, Mayor of Lüderitz (Namibia), who began her professional career working at the Pescanova factory in Lüderitz, and now was chosen to be the godmother of the Lalandii 1; Digna Rivas, Mayor of Redondela; the Fisheries  and the Economy & Industry authorities of the regional government, Rosa Quintana and Francisco Conde, respectively; and Juan Ignacio Gandarias, General Director of Fisheries and Aquaculture Management of the Ministry of Agriculture, Fisheries and Food, among others. 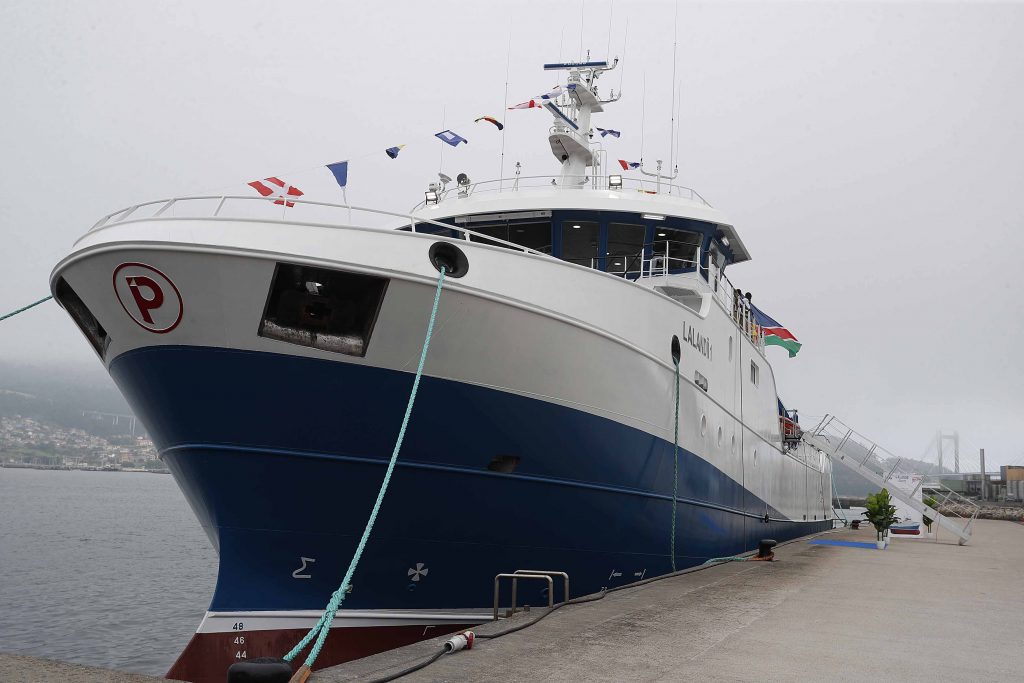 In his speech, the President of the Xunta de Galicia, Alberto Núñez Feijóo, said: “We are living a very important moment for Galicia. Today is a day to talk about trust in two strategic sectors for the Galician economy: the fishing and shipbuilding industries. The project to build seven new vessels not only involve a great investment but a huge workload. Nueva Pescanova is a company that is used to meeting targets and I appreciate that this contract is the most important one that has been entered by a Spanish company in the fishing industry”. During his speech, he also highlighted the commitment of the Nueva Pescanova Group in Namibia where “it employs more than 2,000 people and conducts several actions such as scholarship programs and nurseries for employees’ children, among others”.

Jacobo González-Robatto, Chairman of the Nueva Pescanova Group, stated that: “The christening of the Lalandii 1 represents a milestone for the Group: we are willing to grow with confidence from a solid position. The creation of jobs is of great importance for the company and today we are not only celebrating the delivery of a new vessel but also the confirmation of our commitment to create local employment wherever we operate and to contribute to the economic and social development of the communities where we are present”. 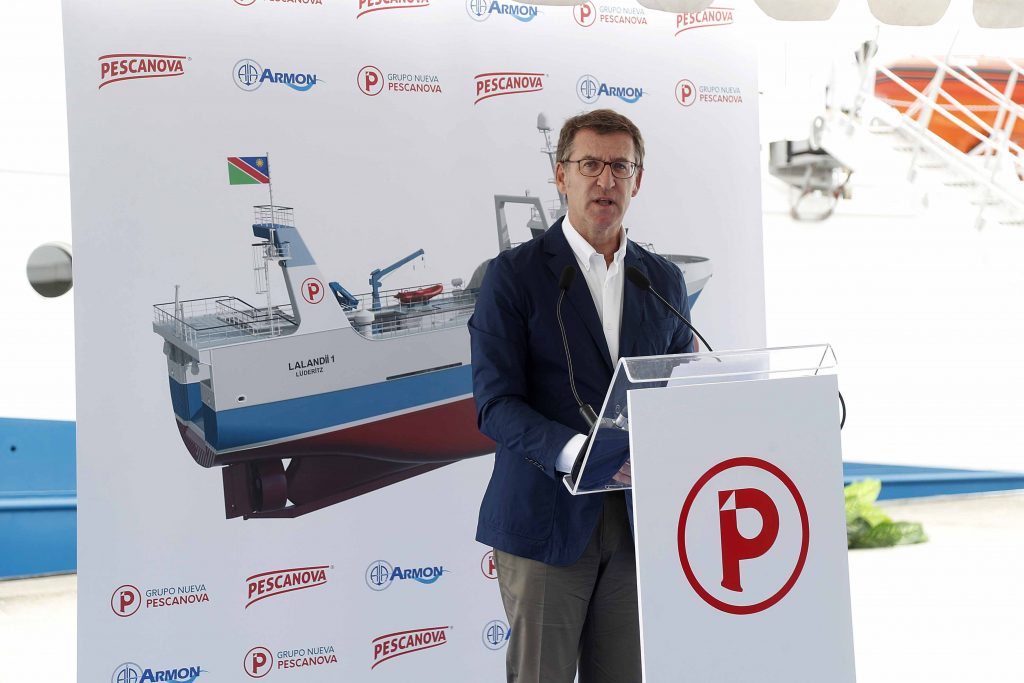 The completion of the construction of Lalandii 1 is a new step after the launch of the freezer vessel “Ponta Matirre” this month, which will be part of Pescamar’s fleet in Mozambique. The company’s most advanced vessels are being built in Galicia, in Vigo and Burela (Lugo), by Armon Shipyards and will incorporate high energy efficient engines, improvements to the on-board processing equipment and greater comfort for the crews.

In fact, innovation is ingrained in Nueva Pescanova Group’s DNA, which is shared by more than 10,000 employees worldwide. An example of this was the development of a revolutionary technology, back in 1960, for on board freezing and the birth of the world’s first freezer vessel. This milestone changed the fishing industry globally. At present, the Nueva Pescanova Group has a fleet of 70 vessels operating in the Southern Hemisphere. 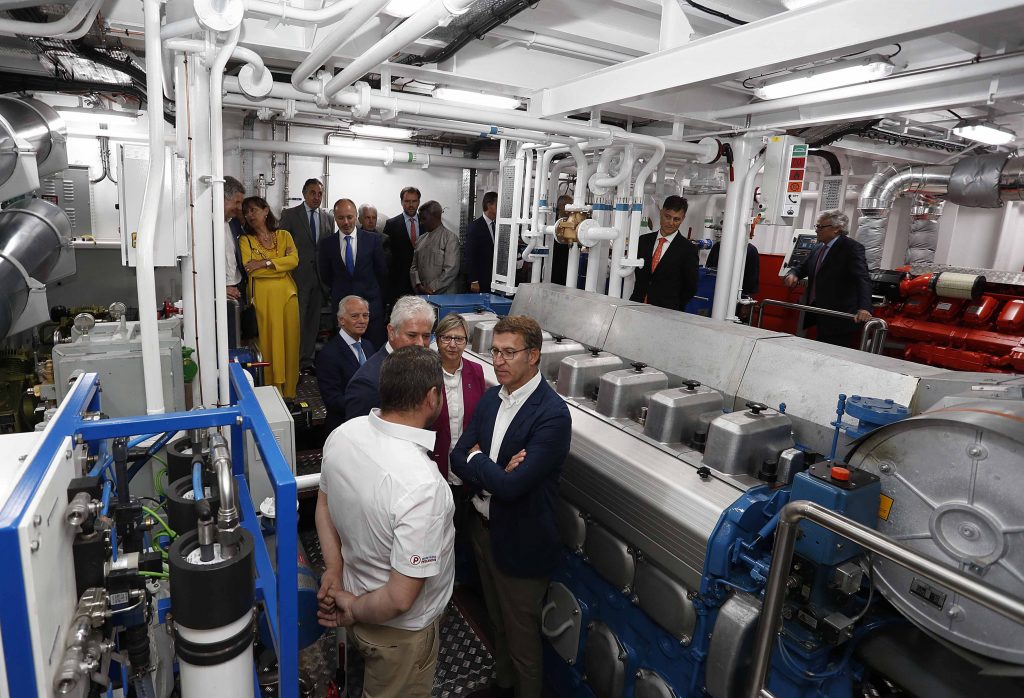 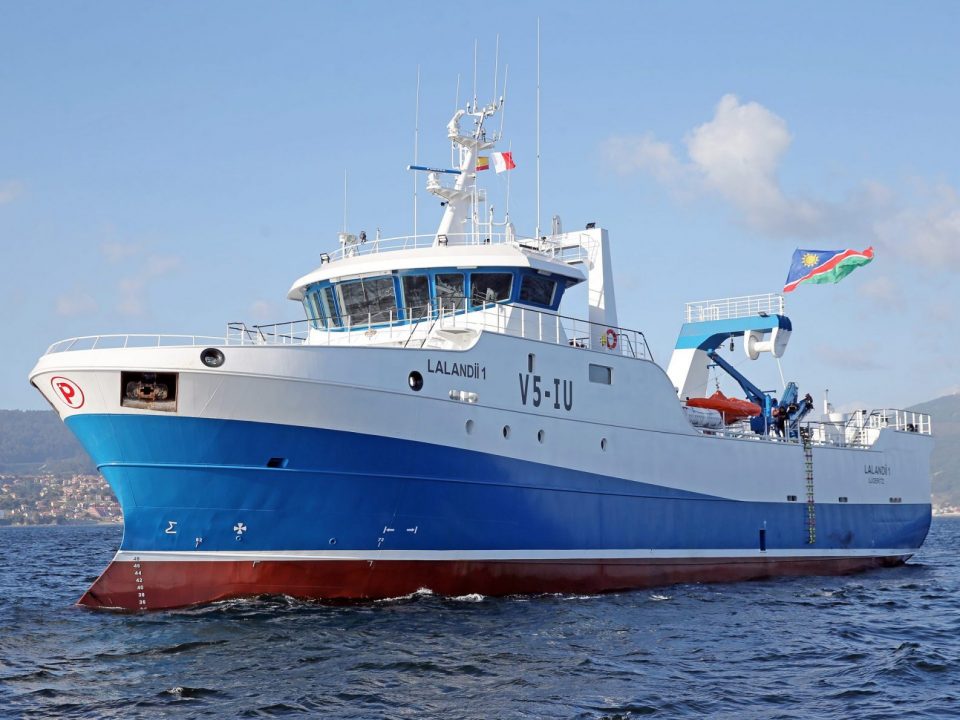