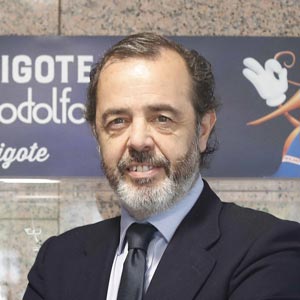 Javier holds a degree in Economics and Business Sciences of the Complutense University of Madrid and an MBA of Huston University (USA).

Since 2014, he is the Director of ABANCA’s Investee Companies. He has been member of different boards of directors like Itinere Infraestructuras, R Cable, Cafento, Plásticos Ferro, Gas Galicia, Dinak, Cupa Group, Norvento, Continental Group, Helena Activos Líquidos, Vigo Activo SCR, Sodiga SGECR, Chairman of Espacios Termolúdicos and Vice-president of Tecnocom. He has also been member of the advisory boards of Unirisco, I+D Unifondo, Baring Iberia and Diana Capital. At present he represents ABANCA in the boards of directors of Caser, Sogevinus Fine Wines and Veralia Corporación de Productoras de Cine y Televisión.