Pescanova displays at the Seafood Expo in Brussels the “Dippeo” range: the freshest, easiest and funniest way to enjoy eating shrimps

Vigo, 19 April 2017.- The General Meeting of Partners of  the Nueva Pescanova Group has approved this morning a capital increase for a total of 135.4 million euros. By doing so, the share capital of the Company, which was a little over 12 million, is now 147.6 million. The capital increase has been made by exchanging credits into equity, creditors having capitalized 340.3 million euros of their debt.

Thanks to this capital increase, voluntarily acceded by 99 per cent of the financial creditors of the company, Nueva Pescanova will strengthen its equity and significantly reduce its debt, allowing it to embark upon its Strategic and Viability Plan.  The agreement was approved by the Court last March and no one challenged such decision.

The Chairman of Nueva Pescanova, Jacobo González-Robatto, in his addresses to the General Meeting stressed his gratitude to creditors and partners  “for once again support, trust and invest in the future of this new Company, It is the second time that you have, literally, saved this Group and now all of us who are part of the Nueva Pescanova Group take a huge responsibility to act in response to your trust”.

The Nueva Pescanova Group will now be able to go ahead with its Strategic Plan, to carry out the necessary renewal of its fishing fleet, to upgrade its processing plants in order to made them more efficient, as well as to turn the facilities in O Grove into a technological R+D+I center, the Pescanova BioMarine Center, that will position the Nueva Pescanova Group at the forefront of World aquaculture research, which is needed for the development and future of its business.

Nueva Pescanova SL Shareholding
Below is a chart showing the shareholding of the company after the capital increase which was ratified today: 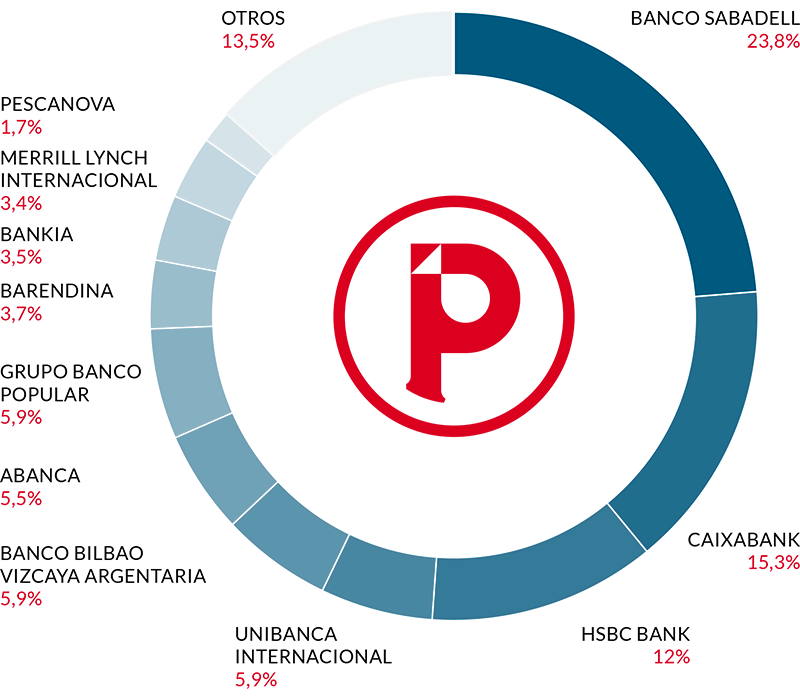 This website uses cookies to improve the experience of browsing the site. Cookies that are classified as necessary are stored in the browser, as they are essential for the basic functioning of the website. We also use cookies from third parties that help us to analyse and understand the use made of the website. These cookies are stored in the browser only with the user's consent. There is also an option to refuse them, but opting out of some of these cookies may affect your browsing experience.
Necessary Always Enabled
Necessary cookies are absolutely essential for the website to function properly. This category only includes cookies that ensures basic functionalities and security features of the website. These cookies do not store any personal information.
Analytics
These type of cookie is used to collect statistics on user activity when visiting the website as well as monitoring its overall activity. The information collected is anonymous and allows us to optimise the navigation of our website and guarantee the best service to the user. Users can disable their activity through the Manage my cookies button.
Others
Other uncategorized cookies are those that are being analyzed and have not been classified into a category as yet.
Advertisement
Advertisement cookies are used to provide visitors with relevant ads and marketing campaigns. These cookies track visitors across websites and collect information to provide customized ads.
Save & Accept
Powered by