Vigo, 15 June 2017.- Pescanova products rank sixth in penetration in Spanish homes, according to the fifth edition of the Kantar World Panel’s Brand FootPrint report on the 50 most chosen consumer brands. This global ranking assesses the percentage of households buying the brand in one year.

Pescanova is present in 60 per cent of households through its wide variety of chilled and frozen products also, with proposals such as the Shrimp Dippeo, the latest innovation with which the company has entered the chilled food segment. The Galician firm is gaining positions in the Spanish households by relying on more spontaneous, convenient and adapted to current trends products. 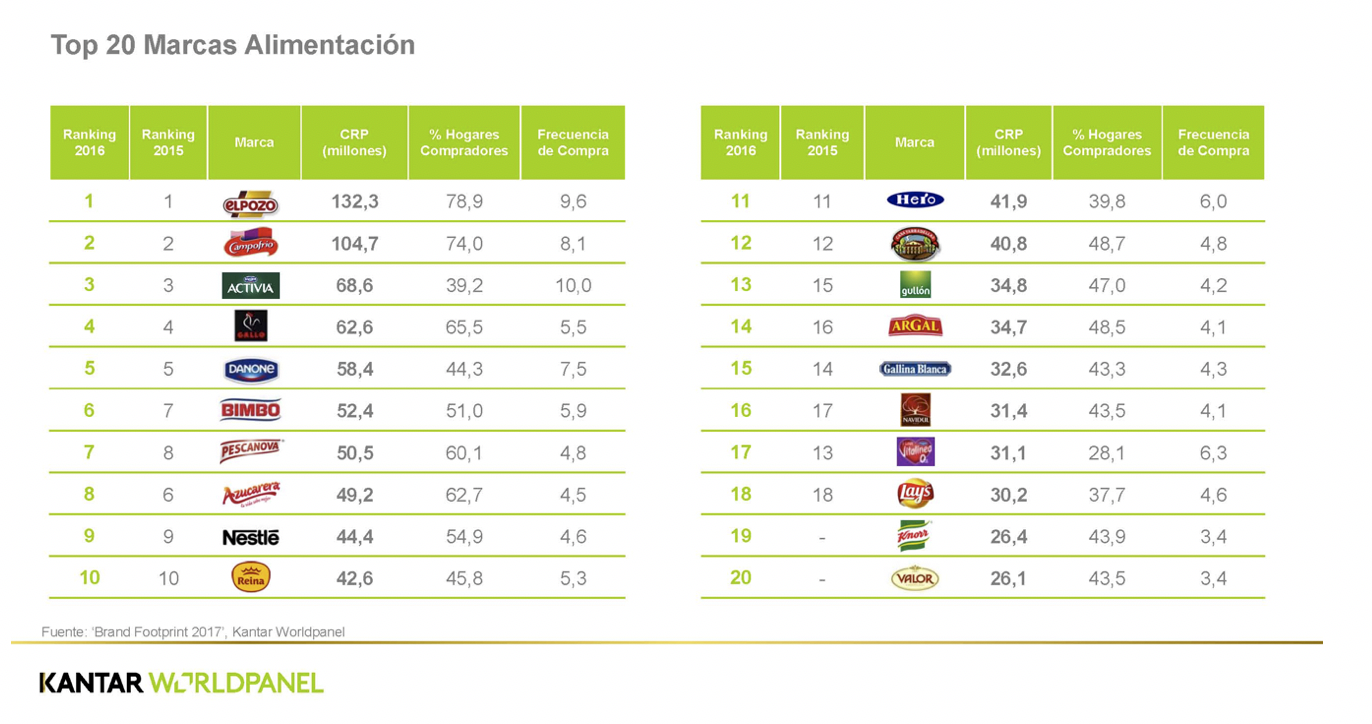 In the food brands ranking, Pescanova climbed one a position with respect to the previous year, when it was the seventh most chosen brand by Spanish homes.

This ranking measure how many times a brand is purchased at the point of sale. And, based on how many households are buying a brand, establishes how often shoppers acquire the brand, expressed as CRP (Consumer Reach Points).

At a regional level, the Galician company ranks among the top 10 brands in regions such as Madrid, Asturias, Cantabria, Castilla La Mancha, Valencia or La Rioja, among other. It is worth mentioning that in Aragon it ranks 5th and in Castilla y León it is in the 6th position.

The fifth edition of the Brand FootPrint report foresees the attractiveness of a brand and is based on a sample of 12,000 households.