Pescanova, the fifth largest brand in High Consumption with the greatest penetration in Spanish homes

Vigo, on May 16, 2018.- Pescanova has climbed one place with respect to the previous year and has become the fifth largest High Consumption brand with the greatest penetration in Spanish homes, according to the Brand Footprint 2018 report, drafted by the consulting firm Kantar Worldpanel. This ranking assesses the percentage of homes that buy the brand in a year.

According to this ranking, Pescanova is present in 64% of Spanish homes through its variety of frozen and refrigerated products. The report indicates, for yet another year, the efforts made by the company in product innovation and their commitment to moments of consumption which are more spontaneous, comfortable, and adapted to current trends.

Regarding the general ranking of the most selected brands by Spanish homes, Pescanova has climbed two places and is now in the Top 10 as the 9th most selected High Consumption brand in Spain.

Focusing specifically on Food brands, Pescanova is the fourth most selected food brand in Spanish homes, climbing three places with respect to the previous year. The study places it as the fourth brand in the Top 50 which has most grown in the number of times it is purchased throughout the year (+11.7%). 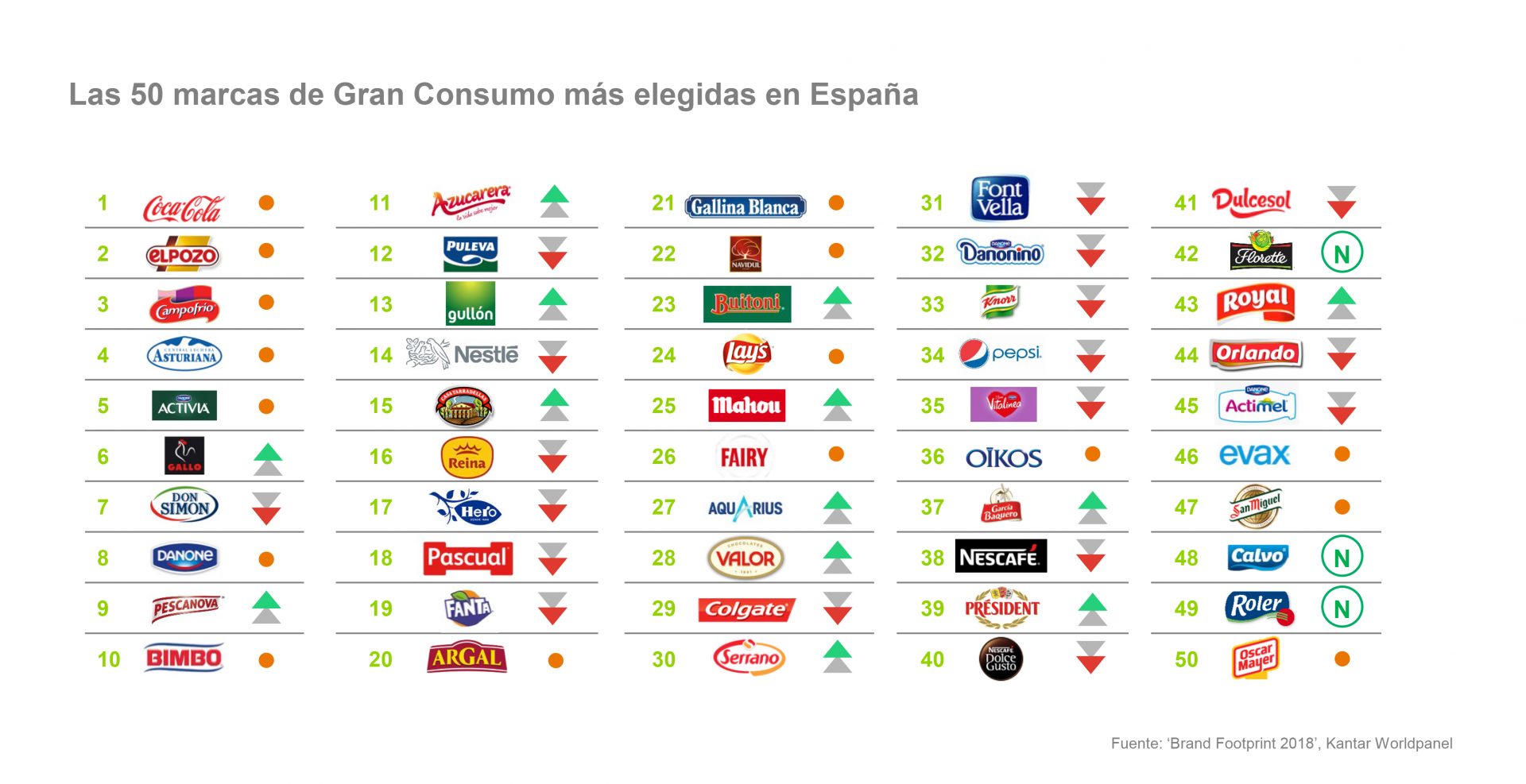 This ranking was created using a sample of 12,000 representative homes in the population and measures how often a brand is purchased at the point of sale. Using the number of purchasers of a brand, it analyzes the frequency of purchase, a piece of data which is expressed through consumer reach points.

This website uses cookies to improve the experience of browsing the site. Cookies that are classified as necessary are stored in the browser, as they are essential for the basic functioning of the website. We also use cookies from third parties that help us to analyse and understand the use made of the website. These cookies are stored in the browser only with the user's consent. There is also an option to refuse them, but opting out of some of these cookies may affect your browsing experience.
Necessary Always Enabled
Necessary cookies are absolutely essential for the website to function properly. This category only includes cookies that ensures basic functionalities and security features of the website. These cookies do not store any personal information.
Analytics
These type of cookie is used to collect statistics on user activity when visiting the website as well as monitoring its overall activity. The information collected is anonymous and allows us to optimise the navigation of our website and guarantee the best service to the user. Users can disable their activity through the Manage my cookies button.
Others
Other uncategorized cookies are those that are being analyzed and have not been classified into a category as yet.
Advertisement
Advertisement cookies are used to provide visitors with relevant ads and marketing campaigns. These cookies track visitors across websites and collect information to provide customized ads.
Save & Accept
Powered by